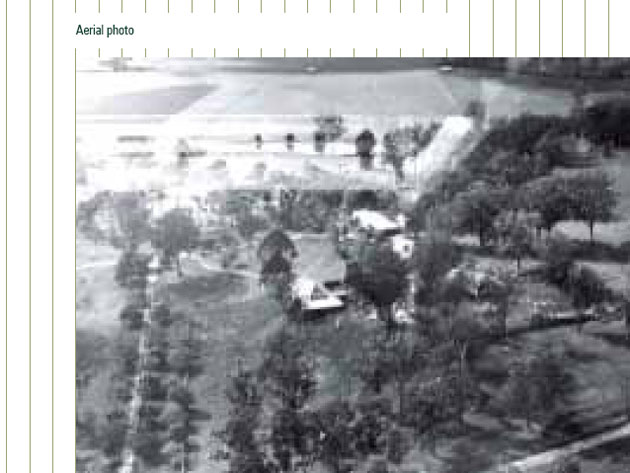 The Beaudesert pastoralists of the 1840s created family and land-holding networks which became influential in the history of Queensland’s pastoral industries, particularly the beef industry. In 1847, John Collins bought out William Humphreys who took up Wetherton Station on the Burnett; Andrew Inglis Henderson took up Gimboomba, while his brother moved north to the Burnett; Thomas Lodge Murray Prior, who came north with the explorer, Ludwig Leichhardt in 1843, took up Bromelton. By 1856, Murray Prior had moved north to Hawkwood in the Burnett, a run which later formed part of the vast pastoral estate of Nindooinbah owner families.

Part of Tambourine became Tabragalba, another neighbouring run to Nindooinbah which later formed part of a Nindooinbah family’s wider network.

Despite their extensive holdings, the Logan-Albert squatters were not regarded as substantial squatters. Some Darling Downs squatters, whose holdings were much larger, referred to the Logan pastoralists as ‘two-penny half-penny squatters’. 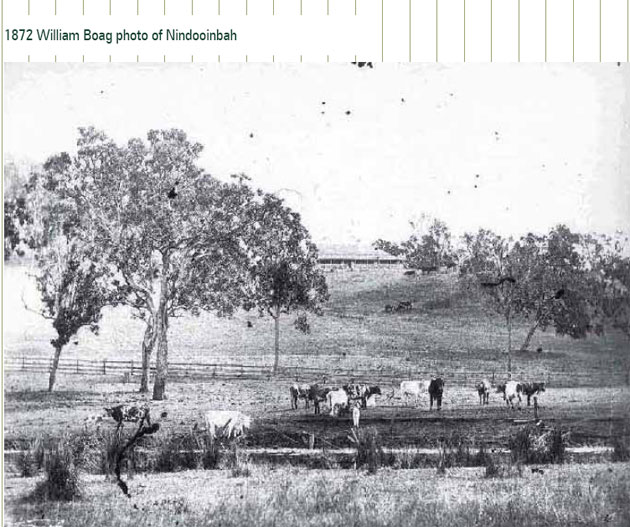 William Humphreys had built a three roomed cottage of ironbark slabs with a thatched roof at Mundoolun by 1847. The Lawless brothers are likely to have built the first house on Nindooinbah in the early 1840s.

The first house was built on the slope of a low hill near the lagoon with a view across the alluvial river flats to the Albert River and the range.

It was described in 1850 as ‘a sample of the houses of very inferior settlers here three or four years ago’. It was a five room building surrounded by a verandah:

‘Entering the verandah you pass a lot of spades, axes, wood, pegs etc etc ranged along the side of the house to the door. At the other end there is a long stick slung on to the rafters on which is a lot of saddles and harnesses. Entering the house, which does not look as if much of the water in the lagoon was wasted on it, on the left there are two boxes against the wall. The nearest serves as a cupboard, the next looks as if it was a place for laying things on, at its side is a large bundle of wool bags and in that corner a lot of trash. In the next corner there is a good sized wooden table covered with nearly all the odds and ends in the place…To the right next the fire is his [Compigne’s] large chair, next another package of wool bags then another box’.

The roof of the house was described as covered in bark which ‘let in the heavy rain’. There were two rooms at either side of the main room; the main bedroom was on one side beside a small saddle room, with a guest bedroom and a small store room on the opposite side.

The Lawless brothers left Nindooinbah in 1847 to take up Booubyjan in the South Burnett region [EHR 600639]. The relationship between district families and the Burnett region recurred frequently in subsequent decades. The Lawless brother’s mortgagee, Captain Richard Jones, a pioneer Australian breeder of Saxon sheep, came north to the Moreton region with Alfred William Compigne, a lawyer turned squatter, who took over Nindooinbah in 1847. These were tough years: the 1840s recession which blighted the New South Wales economy was accompanied by drought in the Logan-Teviot region.